Your impact through the gift of one Bible can reach the farthest corners of the world — even people in the crossfire of war — with the Good News.
Share Tweet
or
Send an email

I’m a reader. I’ve always loved reading books, and my home is filled with bookshelves that are literally bursting at the seams.

While I’m thankful to have a home filled with stories, if I didn’t have a copy of God’s Word — the ultimate story — my bookshelves would be incomplete.

Natasha, too, loved to read, but couldn’t shake the feeling that there was something missing in her life. She had always been curious about God … but no matter how many books she read, she couldn’t find the answers she was seeking.

It wouldn’t be until rebel warfare broke out in Ukraine that she would hear the Gospel for the first time.

Natasha, her mother, and three siblings lived in a village in southern Ukraine. Even though Natasha’s mother, a single parent, worked long hours, she struggled to make ends meet.

Then the war began.

Natasha’s family struggled to survive on vegetables they grew in their backyard garden and a small government stipend. During the winter, it was a rare night when Natasha and her siblings didn’t go to bed hungry.

Years of uncertainty and violence began to take a toll. Natasha’s family had never had much, but before the war they at least felt safe. Now Natasha lived in constant fear.

“Are you there, God? Are you real?” she prayed.

In the shadow of violence and danger, Natasha found herself thinking even more about God. Despite her mother’s doubts, something inside her knew God existed. 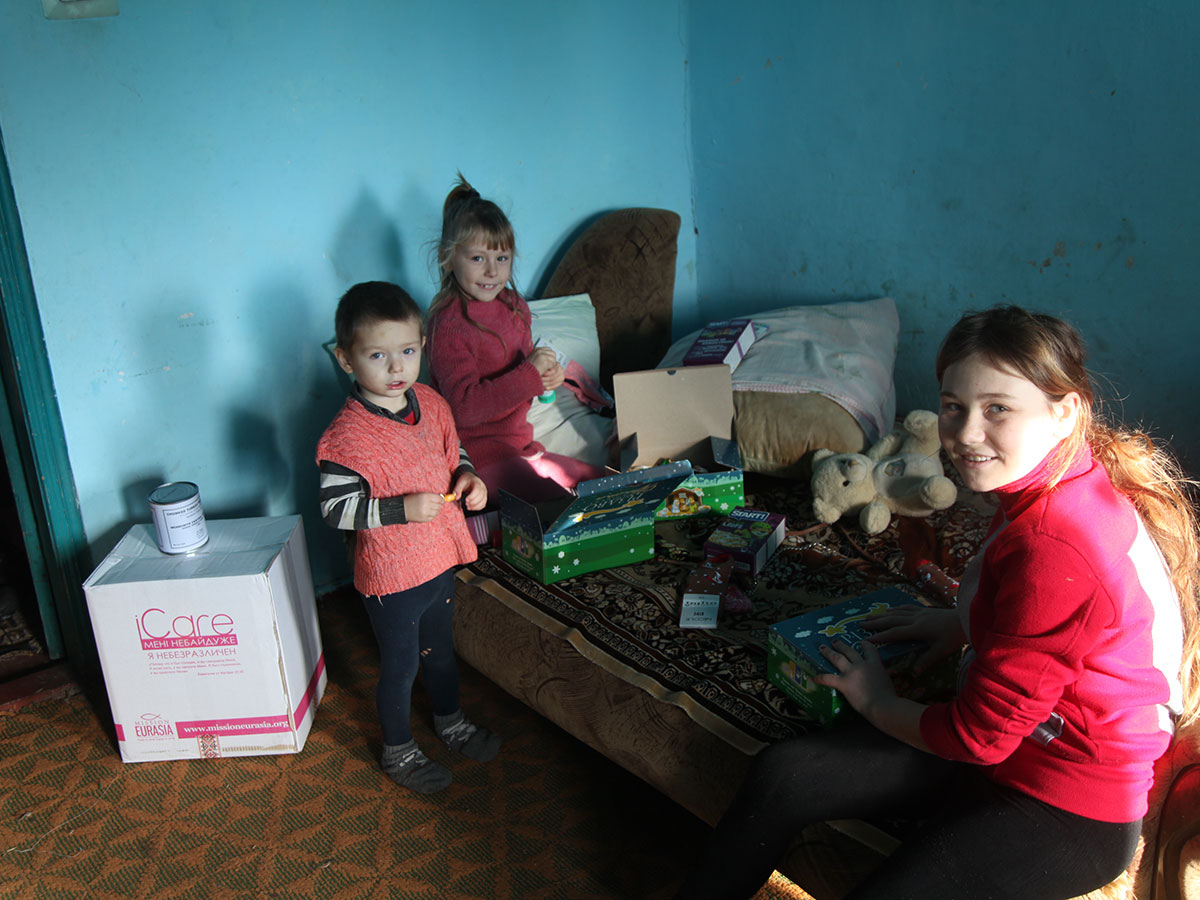 She just needed someone to show her the way.

During this time an aid package arrived at the family’s doorstep. Natasha’s siblings were thrilled to see the package contents, but Natasha was completely speechless as she was handed a copy of God’s Word in her native language.

God had answered her prayers.

She carefully opened the cover, cradling it like a precious, breakable treasure before whispering, “My dream came true today! I love to read and I’ve always wanted to learn about God, but I’ve never had a Bible.”

After a few minutes of flipping through the pages, she declared, “Now I will read the Bible to my siblings …. Maybe my mom will want to read it, too!”

Soon afterward, our partner invited young people in the village to study the Bible at a local church.

When the doors opened, the first person across the threshold was Natasha.

She brought five of her friends and introduced them to the church leaders: “I took my Bible to school this morning and told everybody that I would be going to church to study it tonight. My classmates were very interested and wanted to come with me, so here they are!” 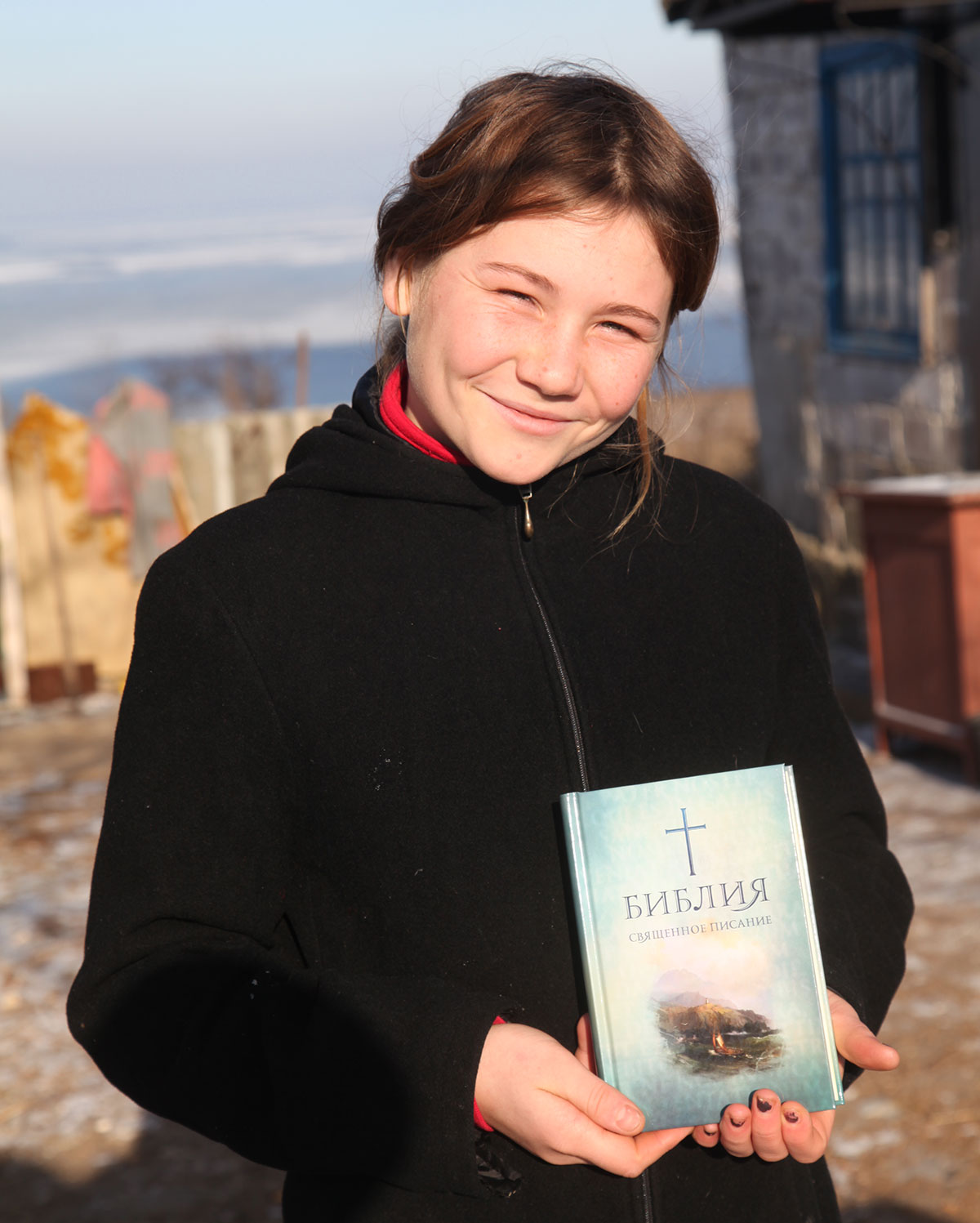 Today, Natasha regularly attends Bible study and church services, and continues to deepen her relationship with God. She has become a witness to her family and her friends about God’s faithfulness.

Natasha longed to know God — and God answered her prayers through the generosity of one person half a world away.

God can use you in the same way.

Your impact through the gift of one Bible can reach the farthest corners of the world — even people in the crossfire of war — with the Good News.

You can help someone like Natasha find true healing and hope in Jesus Christ. That’s an impact that lasts for eternity!

Learn more today
Thank you. Please do not refresh the page while we process your transaction.