“If you could eat only one meal every day for the rest of your life, what would it be?”

This is the way we often speak about food. It’s a hobby, a pastime, and a vehicle for community. For many, however, food isn’t just about fun. It’s a matter of life and death.

I ask myself about food often. I wonder, When am I going to eat dinner and what will I want to eat? Will I want dessert? In fact, as I write this I’m considering whether I should eat a snack. But I’ve never had to ask myself, “Am I going to eat at all?”

In homes around the world, children are asking that very question. They are waking up weak and tired, knowing that today will be another day they won’t get to eat. Just like yesterday … and the day before. Right now, mothers are frantically counting coins and checking cupboards, hoping they can scrape something together.

Families are starving. And starvation statistics are so staggering that it can feel impossible to make an impact. But behind every number and every statistic is a face and a name … and a child who will die without help.

So right now, ask yourself this question — What do I really know about the hunger crisis? And how can I help?

Here are six true or false questions to test your knowledge:

1. True or false? One out of every nine people suffers from a debilitating lack of food.

True. Hunger and malnutrition kill more people than malaria, tuberculosis, and AIDS combined, and it is a widespread issue. Globally, one out of every nine people will go to bed hungry tonight. That means if you put 30 children from around the world in one classroom, at least three of them would be starving to death. And when you look specifically at places like Zimbabwe, Uganda, Haiti, and Syria, that percentage only grows.

2. True or false? The main cause of global hunger is overpopulation.

False. There are enough grains and vegetables grown every year to feed the global population several times over. The problem comes when the world’s food supply is not evenly distributed. Extreme poverty, war, famine, political unrest, and drought are just a few of the reasons a community can find itself without access to nutrient-dense food. The majority of the world’s hungry live in developing nations, and there is simply no way to survive when disaster strikes.

3. True or false? Hunger affects all ages and genders equally.

False. The victims of malnutrition and starvation are overwhelmingly young and female. In some cultures, it is customary for the women in a family to be the last to eat. This means what little food the family can afford goes to the men, leaving females and children with almost nothing to eat. When a malnourished woman becomes pregnant, her child is far more likely to be born underweight and undernourished, and she will likely struggle to produce enough milk to keep the child fed. From day one, that baby will be fighting a losing battle against starvation.

4. True or false? Malnourishment leads to nearly half the deaths in children under the age of 5.

True. The first few years of a child’s life are crucial to his overall growth and development; without proper nutrition, children experience “stunting.” It is estimated that in South Asia, two out of every four children are plagued with stunting and are unable to fully develop. This impacts not just the body but also the development of the brain.

5. True or false? The most dangerous effect of starvation is extreme weight loss.

False. Bony limbs and protruding ribs are indeed scary outward signs of starvation, but it’s inside a child’s body where the battle for his life truly rages. After days without food, his body burns through the last fat for fuel. When that fat is gone, it turns to the next available thing — internal organs. Slowly, painfully, a child’s body deteriorates from the inside out. The heart is usually the last organ to go, finally becoming too weak to pump any longer.

6. True or false? You can feed a starving child for an entire year for as little as $40.

True. You can help provide enough food to last a child for a full year. This food will help keep him alive and allow him to grow strong and healthy. Then he will be able to grow up and give back to his community. Your gift will begin a chain of hope that will not just impact one life, but many. 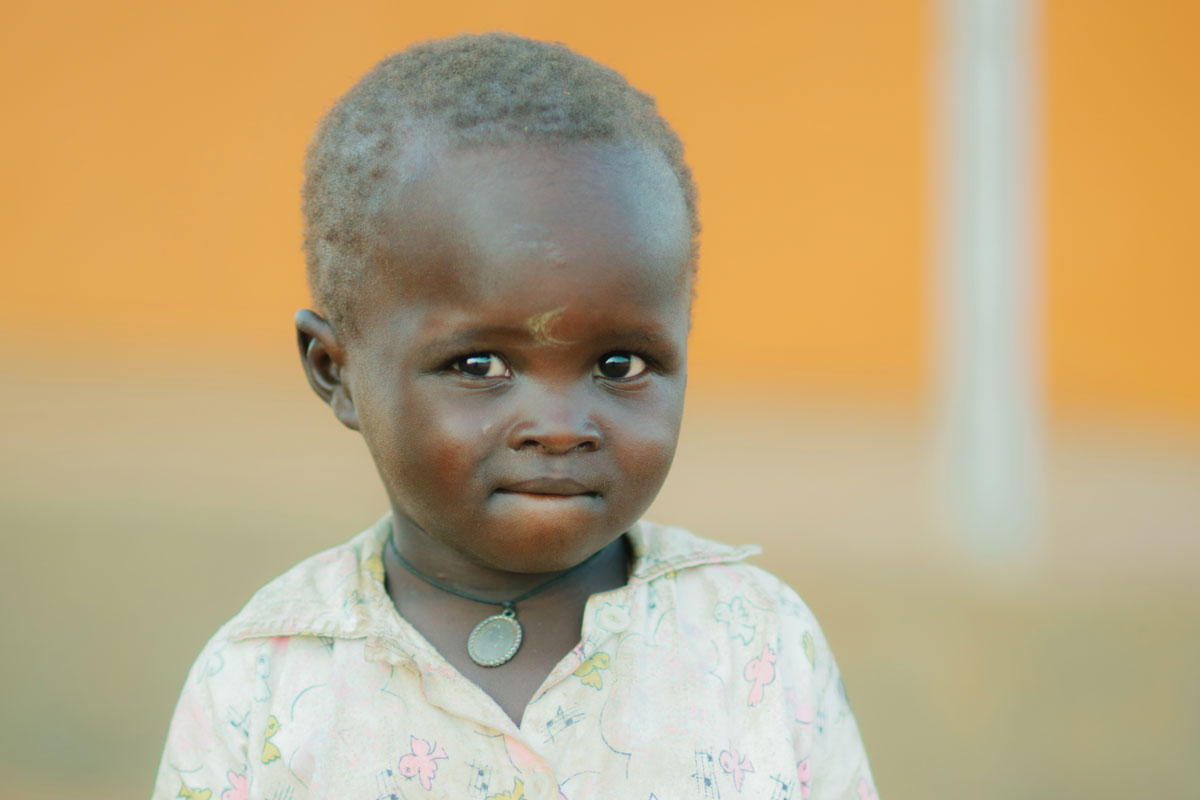 Chronic starvation is one of the greatest crises people living in poverty face. But it is a problem you have the power to solve. Right now, you can begin by praying for children and parents suffering from a devastating lack of food. And when you can give, you will help save a life and restore hope to a family without any.

Feed a starving child
Thank you. Please do not refresh the page while we process your transaction.