When I think of Thanksgiving, I usually think of the delicious food and time spent relaxing with family. But when the Saarloos family thinks of Thanksgiving Day, they think about changing the world.

This year’s Thanksgiving was no different.

Harvey Saarloos is a businessman with a vision. He has been a part of Kingdom Partners — a charitable group in California dedicated to bringing help and hope around the world — since the very beginning. He, his wife, Susan, and their children have traveled the world and seen the needs firsthand. So, when Susan signed their family up for a turkey trot one year, Harvey’s wheels started turning.

“During the walk, I happened on a good friend, and I just asked, ‘Why are you here? Why are you walking on Thanksgiving morning?’” Harvey said.

“So here are two guys walking, and we don’t know why,” Harvey said. “I realized that we both had large families that had paid to get up and walk on Thanksgiving — but where did all that money go?”

As Harvey looked around, he noticed that more than 1,000 people were walking in the event. He wondered aloud, “Would it be possible to hold my own event?” One that was fun for the whole family AND raised awareness and support for one of the world’s greatest needs — clean water.

And the Huntington Beach Turkey Wobble was born. 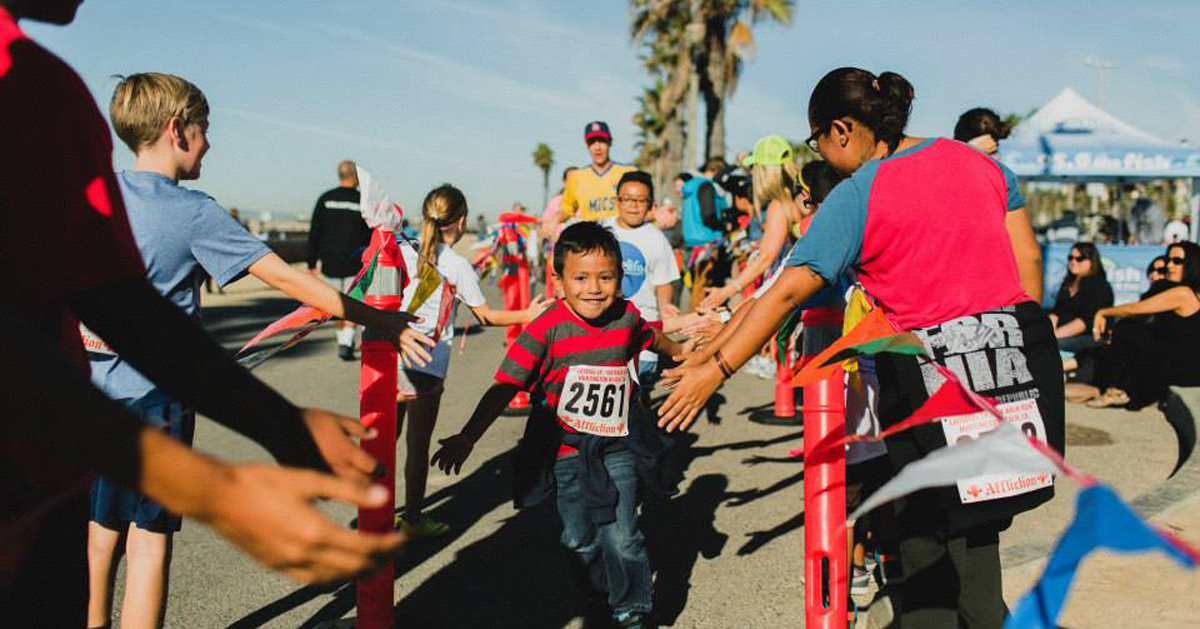 During his travels, Harvey saw the impact that the lack of clean water had on people’s lives. He realized that for just a relatively small amount of money, an impoverished village could have clean, accessible water for years to come.

Harvey started brainstorming. If he could raise awareness about the problem, then individuals would respond, and people around the world could finally have clean water. He believed that just maybe, a Turkey Wobble could help save lives.

“My job is to keep looking across the street and inviting other people to join in the mission,” he said.

That was over nine years ago. The event has continued to grow year after year, and so has its impact.

This year alone, the event raised $60,000 to provide clean-water projects around the world!

Since that first Turkey Wobble, the event has provided clean water in countries like India, Guatemala, Haiti, the Philippines, and others. 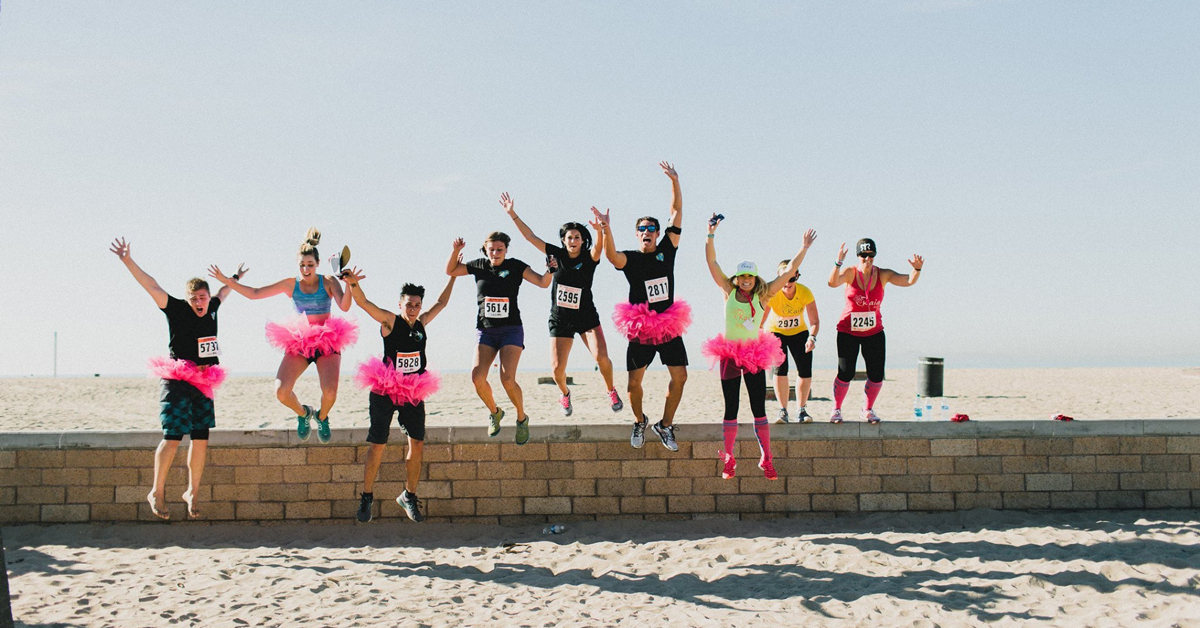 The Turkey Wobble is truly saving lives, but as Harvey will tell you, the event is a team effort. Even through the earliest stages, he made it a priority to get others involved.

“It wasn’t my full-time job, and I knew I couldn’t do it alone,” he said. “A friend of mine was teaching a class at a local high school about the importance of serving within your community. I called him up, told him about the plan, and asked if his students would be willing to get involved.”

They were. In fact, several of the students are still involved. They are now in their late 20s, and they come to the event every year, bringing friends, spouses, and neighbors.

Harvey’s wife, their kids, and their extended family are all an important part of the day’s festivities. That family focus is important to Harvey. And it is important to the people who return every year.

“We have people who came to the very first Turkey Wobble and walked or ran with strollers. Now, those kids are 9 years old, and they look forward to the Turkey Wobble every year! It has become an essential part of their holidays.” 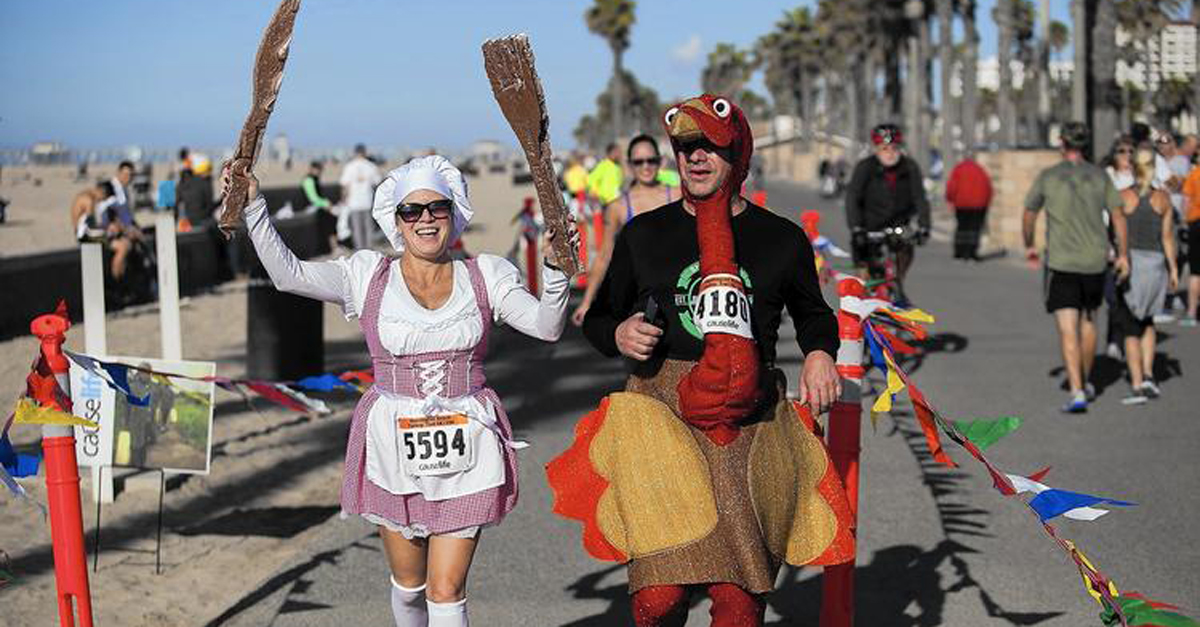 The Huntington Beach Turkey Wobble was designed to be a fun event for all ages and fitness levels — walkers, runners, and joggers. But the point isn’t the race. It’s the time spent as a family and as a community on Thanksgiving morning, coming together for a common goal … to bring lifesaving water to people in need.

Even though Thanksgiving is over, you can be a part of that goal, too, this holiday season. For just $15, you can help provide clean water for one person for an entire year.

Your gift may feel small, but it makes a world of difference to someone living in poverty. Clean water helps farmers grow crops. It helps kids get an education instead of walking miles to collect contaminated water. It fights water-related illness and helps keep wounds from getting infected.

Your gift will help save someone’s life.

With Christmas just a few days away, that’s one of the best gifts you could possibly give!

$15 provides clean water for a year
Thank you. Please do not refresh the page while we process your transaction.