Whether you’re 5 or 95, you can make an incredible difference when you volunteer
Share Tweet
or
Send an email

Caroline Jones wasn’t sure what to expect.

Especially when she and a group of volunteers from her church woke up at 4 a.m. to make the three-hour drive to World Help’s distribution center in Lynchburg, Virginia.

“I’m not a morning person,” Caroline admitted. She was worried she wouldn’t have the energy or stamina to sort and package boxes of clothing all day. “But when I walked through the door, I immediately felt energized,” she said. “God’s got His hand on this, so I knew that today was going to go well.”

Caroline is 18 and a freshman in college, but her group of fellow volunteers ranged from 5 years old up to teenagers and their adult chaperones. Among the chaperones were Caroline’s parents: Toni and Rush.

Toni is the Missions Coordinator for their church, Journey Christian Fellowship II near Richmond. She thought volunteering at World Help’s distribution center would be a great opportunity for the church to give its time and energy to serving people on the other side of the world.

At first, Toni was worried that the younger children would quickly lose interest. But she was surprised by how dedicated they were to their tasks.

“They wanted to help just as much as the adults did,” Toni said.

They spent the day sorting and boxing up different articles of clothing so that it could be shipped to people in places like Guatemala, Jordan, and Zimbabwe. 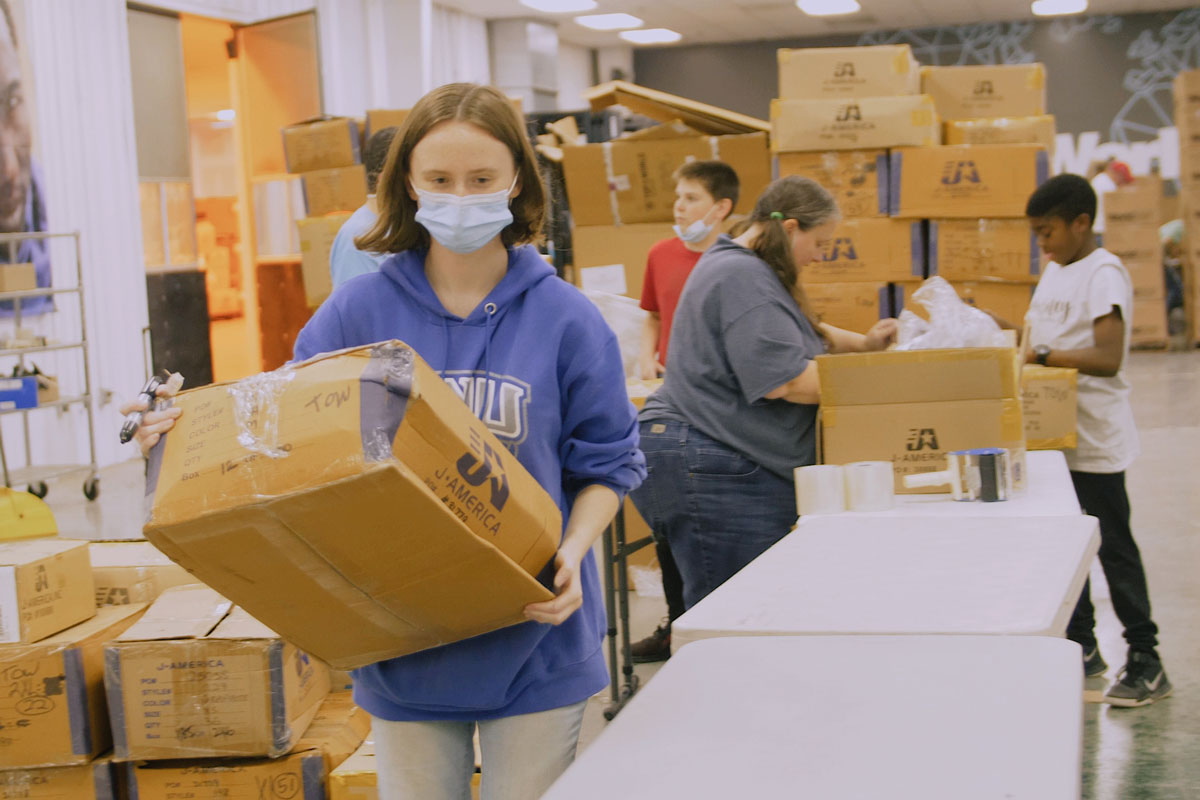 Caroline may not have known what exactly to expect from the day. But she knew from the beginning that she was going to make a difference through volunteering. She knew she was going to help people on the other side of the world … even if she couldn’t be there in person.

Not only did the group work hard and make a difference by volunteering their time, but they also had a lot of fun.

Caroline explained that she and some of the other teens and kids were competing against each other, racing to see who could pack the most boxes. “It’s been really fun,” Caroline said. “It’s a little friendly competition to keep everyone going.” 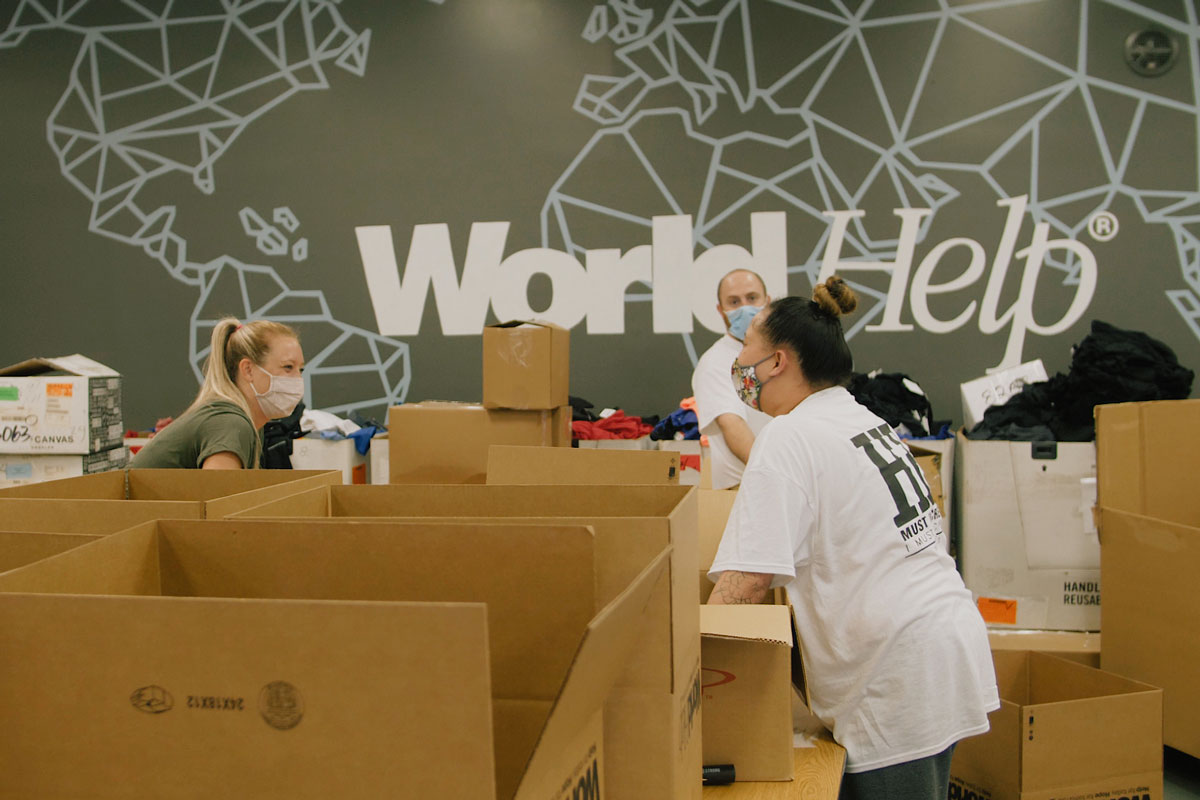 By the end of the day, the group was tired from their hard work. But everyone — from the youngest to the oldest — considered the experience worth it.

“It’s a blessing to know that what we do here today will affect others around the world,” Toni said.

They recommended that anyone in the Virginia area who feels called by God to serve people around the world come and take the time to volunteer.

“Knowing where it’s going to go, and knowing whose heart you might be touching, it’s 100 percent worth it,” she said. No matter what time you had to get up in the morning, no matter how far away it is, it truly is an enjoyable experience.” 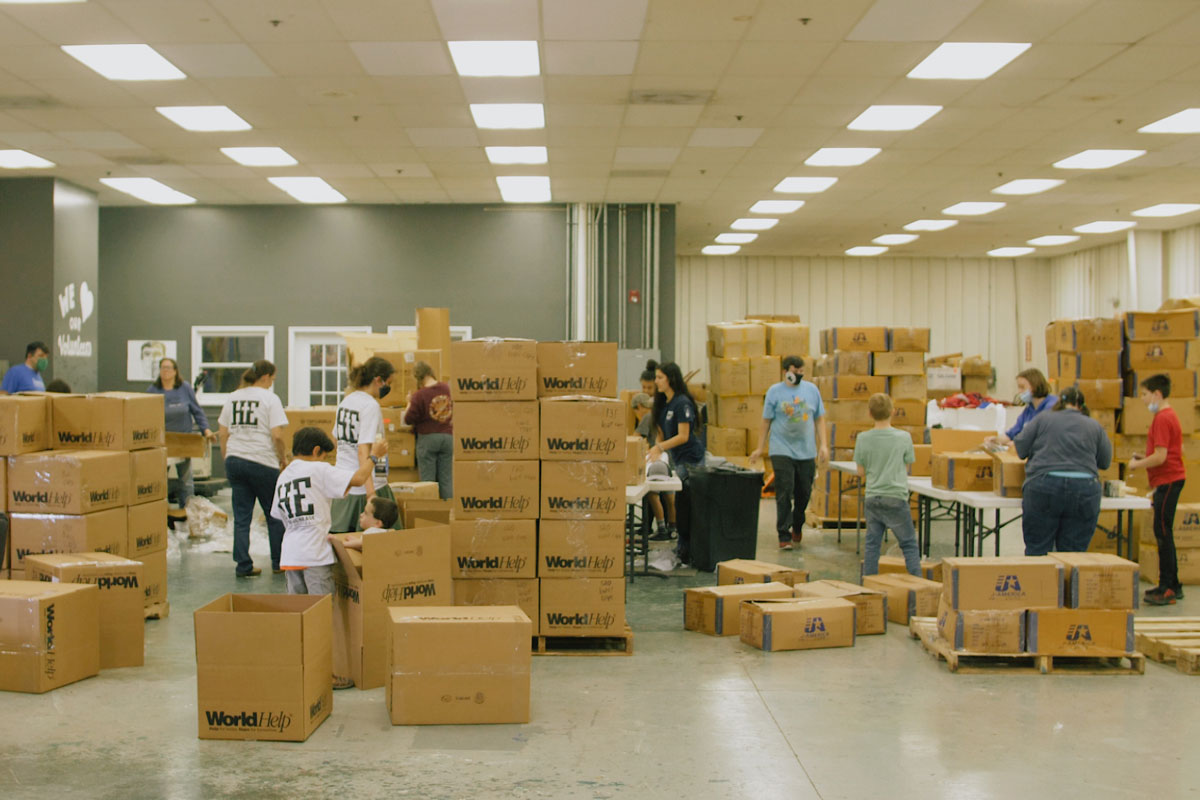 We currently have a warehouse packed with lifesaving supplies like clothing, hygiene kits, medical equipment, and more. And we need volunteers to donate their time to make sure these essentials can be shipped as soon as possible to the people who are waiting for them.

Your community group, church, sports team, or group of friends can help.

Click below to sign up today. You can also give us a call at 800-541-6691 or email volunteers@worldhelp.net for more date and time options.

(VIDEO) ‘No light, no water, we were running out of everything’

When Russia attacked Ukraine on Feb. 24, many families escaped right . . .

Volunteer Highlight: ‘Some are called to serve’

Not even a snowstorm could stop Lura Gurth from volunteering at World . . .