There are many missing pieces in the life of a refugee, including medical care.
Share Tweet
or
Send an email

When you were a child, did you ever play the game where you try to guess what is missing from a picture? Maybe you called it “Spot the difference.” In this game, there are two pictures: one normal picture, and a second picture that looks similar but is missing several key items.

The life of a refugee can sometimes look like that — missing a few key pieces. Except for them, it’s not a game … in fact, it’s often a matter of life and death.

A refugee’s life is similar to yours in many ways. Many have a spouse and a family. They worry about their kids. They have hopes and dreams for the future. But there are many crucial differences — pieces that are missing from the picture. One of the things they often lack is medical care.

This is a message from a refugee named Beatrice:

“We pray and are requesting you, if you are going to come back here again, come with medicine for us.”

Beatrice is living in a crowded camp in northern Uganda. You can read more about her story here. But Beatrice’s prayer is not an unusual one. In fact, medical aid is one of the greatest needs refugees face.

When a person becomes a refugee, they usually leave everything behind. No matter what life was like before, they now struggle to meet their own most basic needs

But why is medical assistance so important? Here in America, many people see a doctor only once a year. For a refugee, however, even a simple sickness or injury is now a threat to their health. 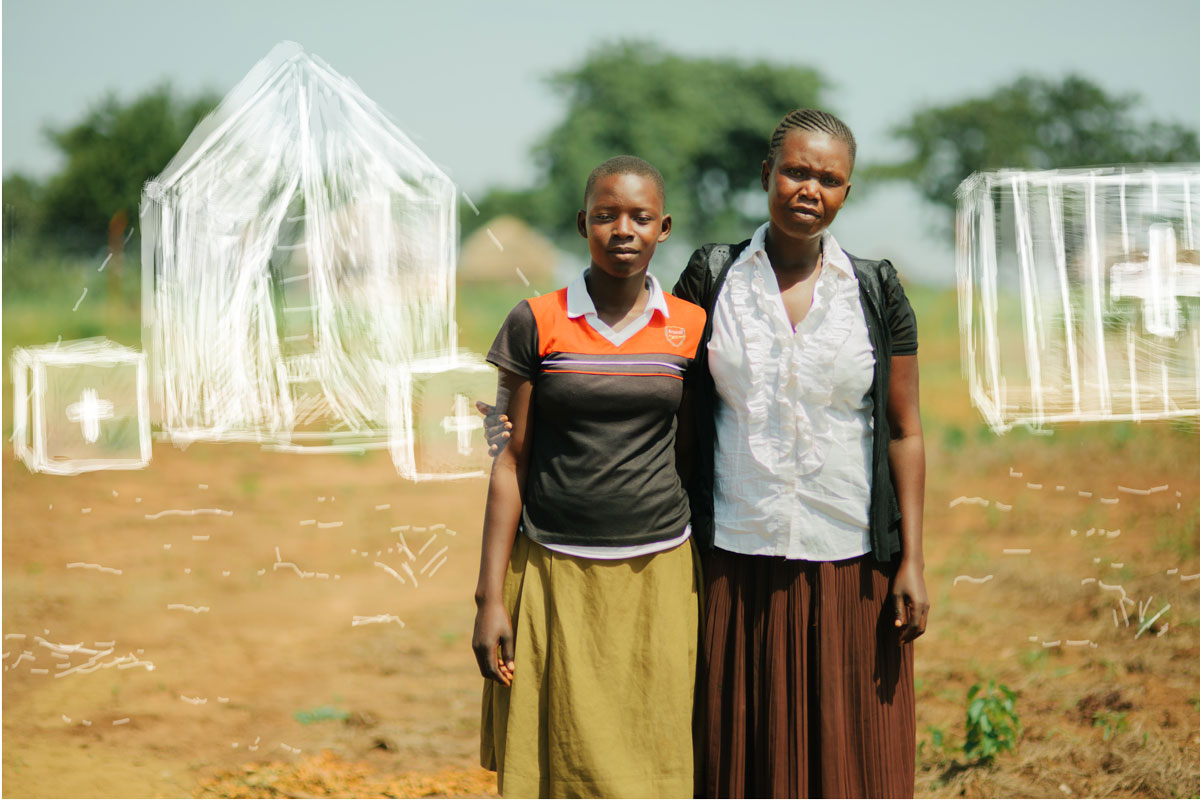 Here are a few reasons why:

They need medical treatment for injuries

When you first look at Solomon, you see the brightly colored shirt, the patterned scarf, and the youthful energy of a 15-year-old. But look a little closer and you’ll see them — the sad eyes and the scars.

Solomon and his family lived in a village in Nigeria. They had a happy life … until the night terrorists attacked their home.  Solomon watched as his father and a few of his siblings were killed. Then the terrorists turned their machetes and their guns toward him.

He was able to escape with two of his siblings. They were alive, but barely. Solomon had two deep machete cuts — one across his face and the other around the top of his head. Bullet wounds marred his slim arms, and his brother had a terrible machete wound on his stomach.

They needed medical attention, and they needed it quickly.

Many refugees are forced to abruptly leave their homes because of violence. People like Solomon and Aria from Syria often barely escape with their lives. They flee without money and without possessions, and they arrive at refugee camps bearing deadly wounds. Without access to medical help, they will not survive.

Sara believed she was safe. She and her family had escaped from their village outside of Mosul just before ISIS arrived. They had made it to the camp, and now, they could live without fear.

But in a refugee camp, disease and infection are always just around the corner. The camps are overcrowded, and a lack of sanitation has turned the rows of tents and makeshift homes into breeding grounds for disease. The simplest cut can become deadly.

For Sara, it was her ears. They began to swell, and she suffered from sharp pains. As the infection grew worse, Sara worried that she would lose her hearing completely.

Refugees like Sara must constantly be on alert when it comes to infection. But without proper sanitation and medical treatment, it is nearly impossible to avoid illness. A medical clinic or kit full of sanitation supplies will help someone like Sara prevent or treat infection before it gets worse.

Refugees have seen and experienced horrors beyond anything we can imagine. Many have lost their homes, their life-savings, and even their family members. It’s no surprise, then, that depression and post-traumatic stress disorder are common in refugee camps.

Anna, whose name we’ve changed to protect her, was left with 10 children to feed when her husband was killed. Overwhelmed with fear and depression, she wanted to die. In fact, when she first arrived at one of our partners’ mobile medical clinic she asked if the staff could give her pills that would end her life.

Thankfully, the Christian doctor was able to treat her and counsel her, and today she is doing much better.

But Anna is not alone. Many other refugees are facing similar crushing psychological issues. They desperately need medical care so they can receive the screening, treatment, and counseling they need to recover from physical and mental trauma. 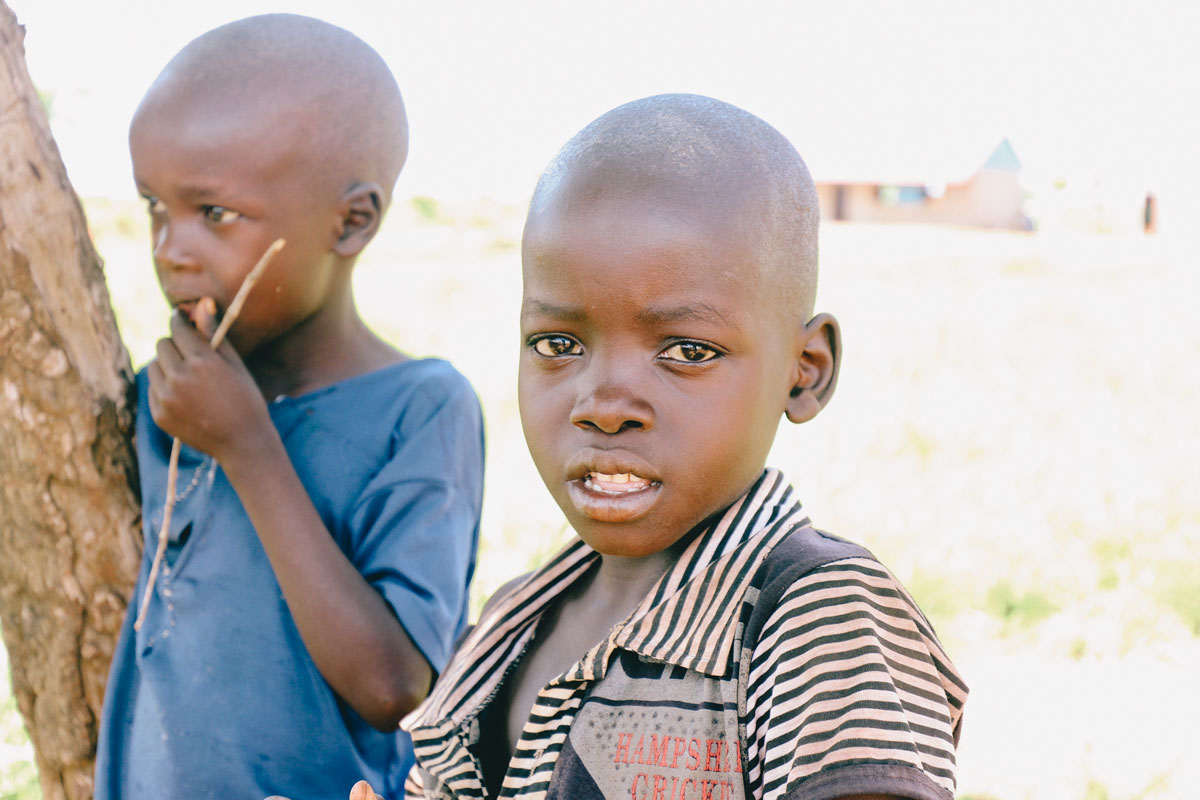 For just $35, you can provide $189 worth of medical aid to people like Alex, Sara, and Solomon. You will also meet other urgent needs by providing essentials like emergency food supplies, clean water, and warm blankets.

Refugee camps are often places full of death. Death of the way things were. Death of dreams. Death of family members. Death of the sick, the weak, the injured, and the elderly. But when you support a refugee, you help bring life back into a refugee camp!

By meeting the physical needs of the sick, you restore hope — and in a refugee camp, that is a precious commodity.

Please, pray for refugees around the world in need of medical care and please give to support one refugee today!

Provide medical aid
Thank you. Please do not refresh the page while we process your transaction.