A love that doesn’t make sense

Rachel Godwin
Nov 09, 2017
“Some of you are going to go into the village, and you’re going to lock eyes with a kid who is going to change you.”

Troy Mizell distinctly remembers these words, spoken by his associate pastor on their first night in Guatemala. When Troy signed up for this missions trip with Maranatha Bible Church, he had no idea what to expect. He knew only a little Spanish and was still learning the names of some of his teammates. But as he sat and listened to his pastor speak that night, he decided to let God lead him wherever He wanted that week.

Little did Troy know that in less than 24 hours he would lock eyes with not one, but two children — and his life would never be the same.

“It was like wading into a sea,” Troy recalled about the following morning. As his team rumbled up to the school in Tecuiz, the community their church had adopted through Village Transformation, children flooded out of the gates to greet them. Troy jumped down from the cattle truck that had carried his team for an hour up a dirt road into the mountains; he was immediately surrounded by smiling, excited faces.

Then, he felt a small tug on his hand. He looked down into the face of a dark-haired, 13-year-old girl. “Let’s go,” she said. The rest of the morning as Troy played with the local children, Vasti never left his side.

After lunch, Troy went to share the Gospel with families in the village. He found himself assigned to a group of people that he didn’t know very well, and he began to miss his new little friend. Just then, another young girl came up and took his hand. Nine-year-old Julia was Troy’s shadow for the rest of the afternoon, skipping alongside him as they traveled from house to house.

“The next day, I was excited to go back to the school because I wanted to introduce my two friends [to each other],” Troy said. But as he made the introductions through a translator, both girls began giggling. 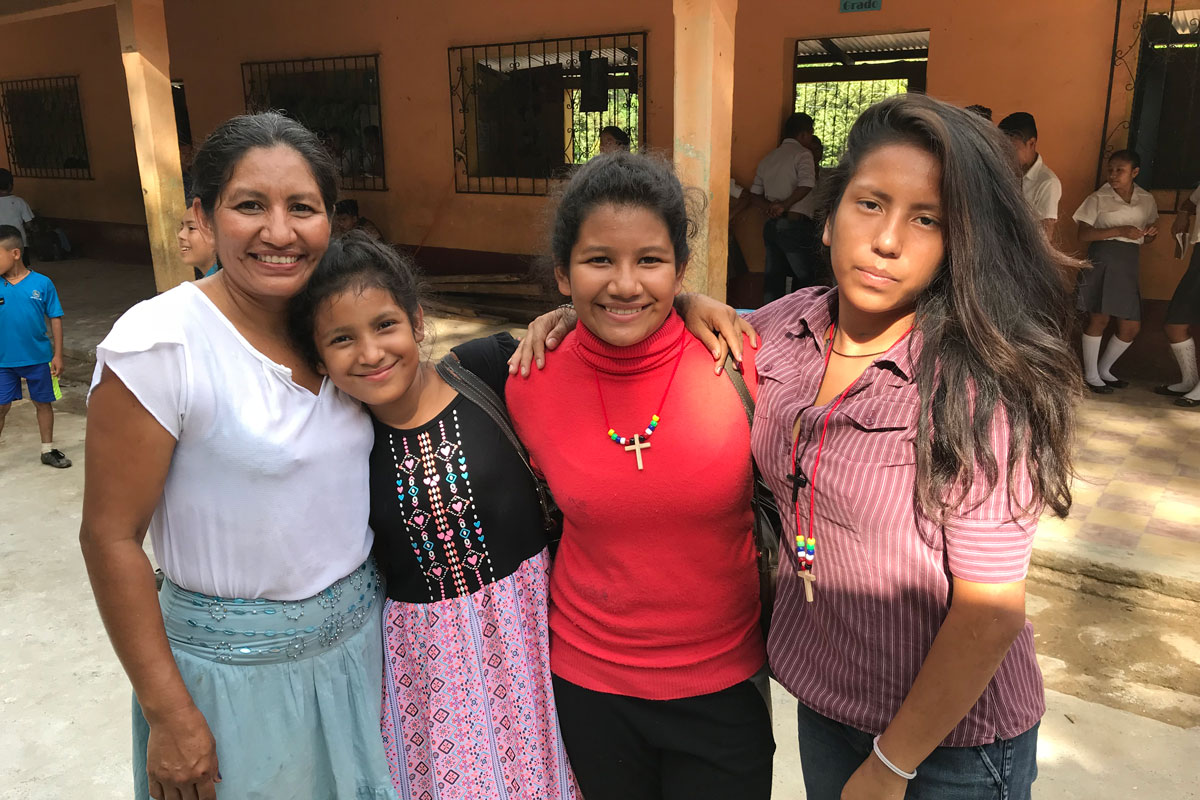 Troy knew this wasn’t a coincidence — it was God.

He lay in bed that night, brainstorming ways he could better communicate with Julia and Vasti. Troy knew God had given him a supernatural love for these girls. He just didn’t know why.

“Lord, what are You doing?” he prayed. “I came here to do some good, but I’m leaving in a few days. Why are You making me care for these kids? It’s almost over.”

It wasn’t until the following evening when Troy learned about child sponsorship that the dots began to connect. And when he learned that Vasti and Julia’s father had passed away, he knew what he had to do. God was calling him to protect this family.

Troy excitedly called his wife, Vicky, back in the U.S. to tell her. “Whatever you do, I’m with you,” she said.

The drive to Tecuiz seemed to take twice as long the next day. As soon as the truck came to a stop, Troy immediately began looking for those two familiar faces.

“I’m going to sponsor you,” he told the girls. “I’m going to make sure that you’re taken care of always — siempre.”

Just up the hill, another life-changing conversation was taking place. The girls’ mother, Estella, was with a group of ladies from the missions team, and she had just accepted Christ. “I now know the Lord is going to take care of me,” she said. “But I don’t know how.”

Within minutes, the local pastor walked up to Estella and introduced her to Troy. But that was just the beginning of the story God was writing in their lives.

On his last day in Guatemala, Troy discovered another way he could help Estella’s family. She was a widow. Widows need to feel safe. And a strong front door could give her a sense of security. He asked World Help’s partners to follow up and see if that was something he could provide.

A few weeks later, he and his wife got a call. Yes, the family needed a new front door … and they also needed a house to go with it.

Troy and Vicky immediately began praying. Providing a house was a much bigger commitment than providing a door. 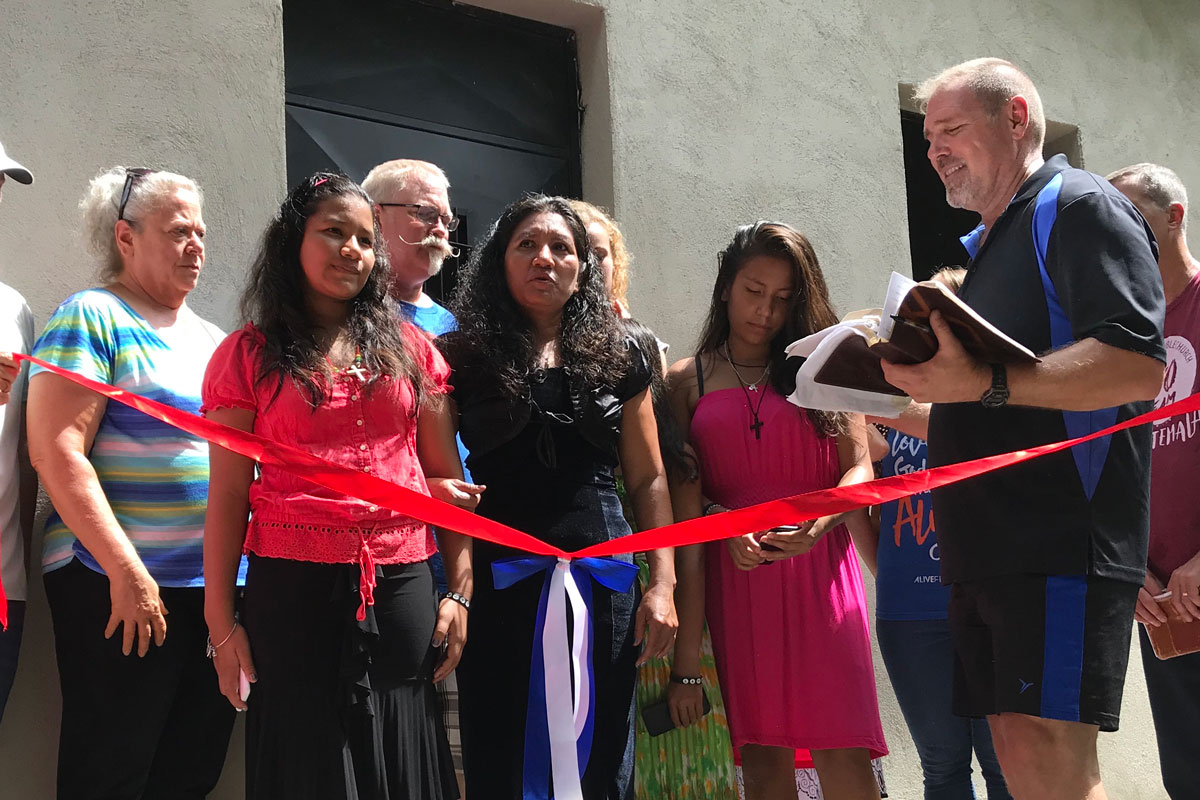 “I got up one morning, and all I could hear in my head was ‘siempre,’” Troy said. “So I asked myself, ‘What am I going to do? Am I going to step out in faith, or am I going to hold back?’”

A year later, as Troy hauled bags of cement in the sweltering Guatemalan heat, he couldn’t be happier that he and Vicky had taken that leap of faith.

Not only had they provided money for the house, but their church also was able to help with the construction on their next missions trip.

This trip was extra special because Vicky was able to join Troy and meet the girls for the first time. They also met Angela, Estella’s middle daughter.

After the house was completed, all three girls dressed in their best clothes and invited everyone inside to thank them for their hard work. 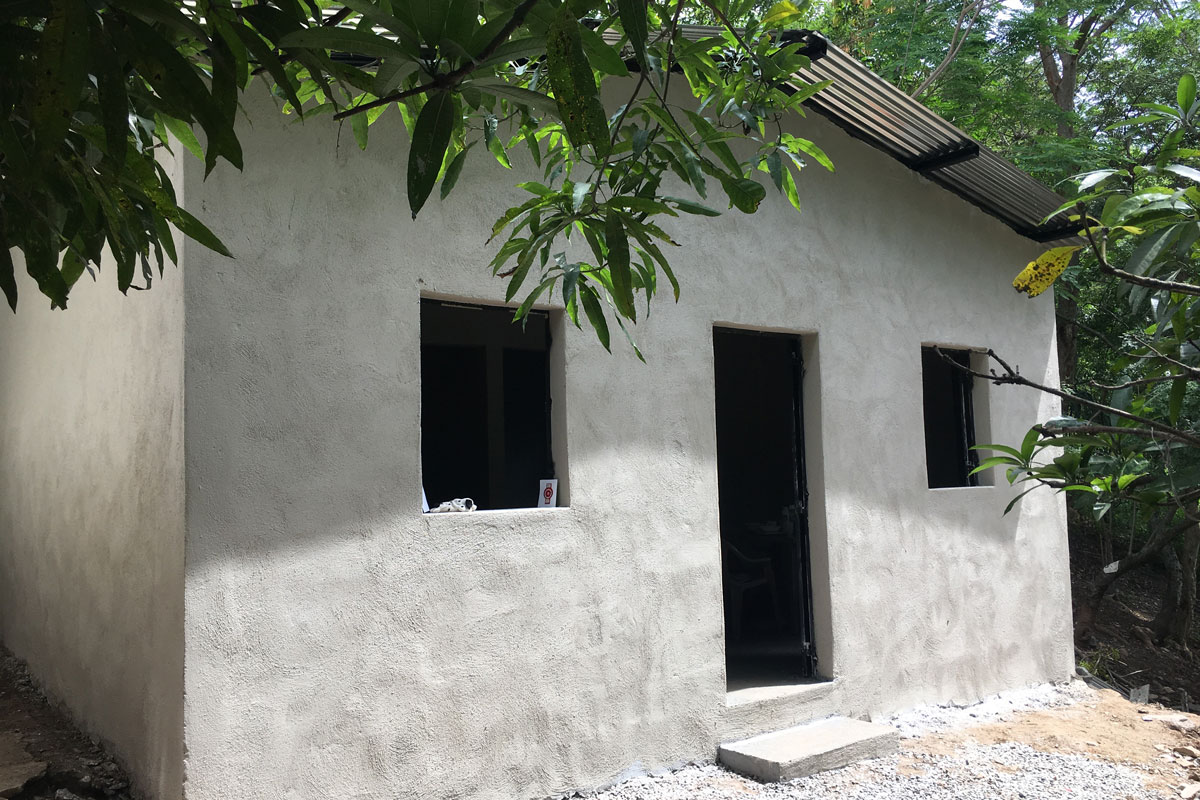 “My sponsors are good people,” Julia said. “They like to share love. I am excited about my new room and the whole house!”

Now, Estella and the girls have a safe home to call their own. They know they will be taken care of siempre — always. And they’ve seen the power of a God that can bring people together from thousands of miles apart and unite them in Christian love.

“It makes no sense to love the daughters like they’re my own, to love Estella like she’s my own mother,” Troy said. “No one but the Lord could do that.”

This holiday season you, too, can show the love of Christ to a family in need. You don’t have to travel across the world to make an incredible impact.

In the World Help Gifts catalog, you’ll find a variety of life-changing gifts from family homes like the one Estella and her girls received to clean water, livestock, and so much more! Don’t wait — find the gift that fits your budget and your passion, and change a life today.