God can use your children to change the world

Sitting in the doctor’s office, Chris and Mary listened to the list of shots and possible illnesses with growing apprehension.

“There was a point where we were kind of like, we must be crazy,” said Mary, laughing. “What are we doing, taking our young kids to Africa?”

This crazy idea started at church, where Chris and Mary first heard about the needs in Uganda. Their church had been partnering for some time with Destiny Villages of Hope, a safe place where impoverished children can receive food, clothing, medical care, and education. When their pastor shared about fundraising for a new campus library, Chris and Mary knew it would be a good fit for their family.

“My kids understand the importance of reading,” said Mary. “They go to the library here, and they’re mad if their favorite author is checked out. They couldn’t imagine not having a library at all!” 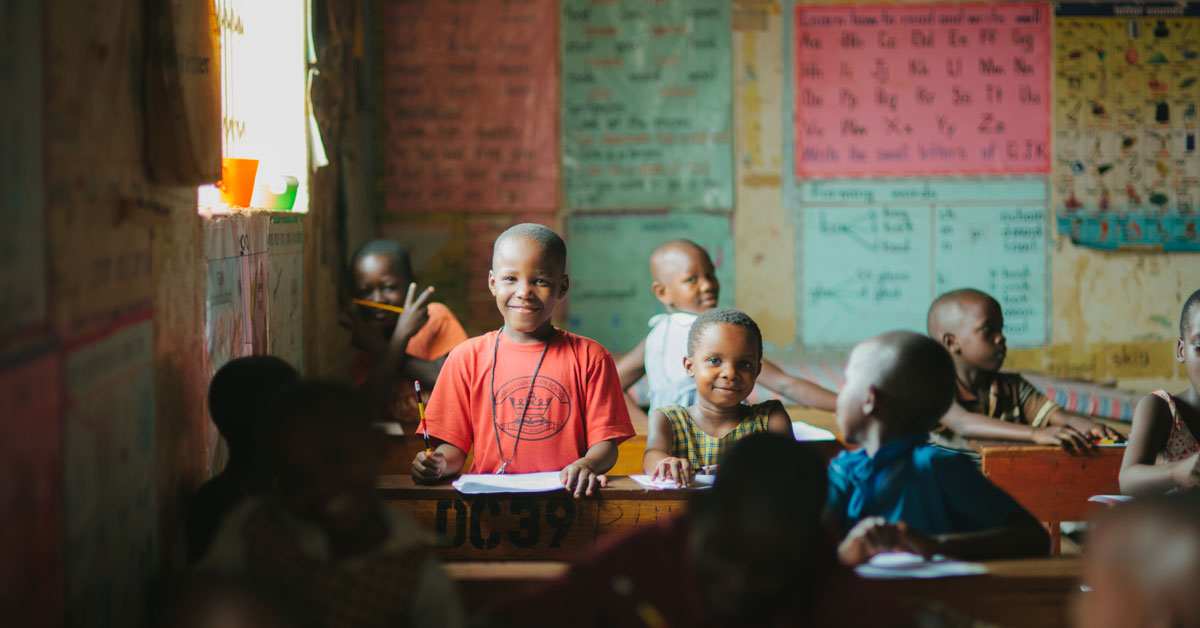 Chris and Mary joined with their congregation to raise money for the new library and a new preschool at Destiny as well as a primary school at the nearby refugee camp in Adjumani. When the opportunity arose to represent their church at the dedication of the library, the couple began to consider it. It would be wonderful to see everything and meet the people they had poured so much into. But could they bring three young kids halfway around the world?

Despite their concerns, Mary was sure that this was what God was asking of their family.

Over the next several months, the family prepared for the trip of a lifetime. The children learned about Uganda and studied verses like James 1:27:

“Religion that is pure and undefiled before God, the Father, is this: to visit widows and orphans in their affliction …” (ESV)

“We didn’t want our children to come home from this trip unchanged,” Mary said. “So we did some intentional personal preparation, even in the midst of a busy season in our lives.”

By the time they boarded the plane, the entire family was excited for the trip. Still, Mary had some misgivings.

“I think the enemy was really working on me,” Mary explained. “I wondered what we could really do in Uganda. We didn’t have a medical background or a construction background or anything like that. How was my 9-year-old really going to help? Did we really have anything to offer?”

She was soon reminded of the miracle recounted in John 6:1-14 — the story of a young boy who gave Jesus five loaves of bread and two fish.

“It was like Jesus was saying to me, ‘It’s OK! Look at what I will do with your five loaves and two fish!’ And He did!”

Chris and Mary were amazed at the way God used them and their children to be His hands and feet in Uganda. During the dedication of the library, they watched as their children made friends with the kids at Destiny and loved on those who needed it most.

“My youngest, my 9-year-old, she could wrap those children in her arms and hold a child in her lap the same way I could,” said Mary. “She face painted just like I painted, and she blew bubbles and sang songs just the way the rest of us did. In fact, the children at Destiny mentioned several times how great it was to have kids visit because that doesn’t happen often.”

And it wasn’t just her youngest child who was making an impact!

“My son is really introverted, but he brought a football and he was just completely enveloped by boys,” Mary recalled. “He showed them how to play the game, and they all just brought each other so much joy. It was beyond what I could have ever expected.”

One by one, each of Mary’s fears was replaced by total joy. Before the trip, she was worried that her daughters would suffer from carsickness or that her youngest would struggle with the long, hot days.

Today, Chris and Mary are so thankful they took this trip as a family.

“I knew it would be exiting,” Mary said, “but I didn’t know what an incredible blessing it would be to us. To think, we might have missed it if we had let the enemy tell us that we didn’t have much to offer or that a trip this big was too much effort.”

It was special for the family to finally meet the ministry partners and the children that they had been praying for and investing in. And just like Mary hoped, her children didn’t go home unchanged. In fact, they didn’t want to leave.

Her oldest daughter writes regularly to Patience, one of the young girls she met on the trip. And a day rarely goes by without Mary’s youngest two talking about the friends they made. The family is now working together to raise money to provide backpacks and shoes for the children they met in the Adjumani refugee camp.

“To see the way that God was able to use my children, and use them so mightily, is such a blessing for me and for them,” said Mary. “My kids walked away keenly aware that if you show up willing and ready to serve, God will use you in a way that’s beyond what you ever expected. That’s a lesson that I would go to the ends of the earth to teach my children.”

Want to get your children involved in impacting the world? One great way to start is by going through the World Help Christmas Giving catalog together and choosing how you will transform someone’s life as a family. Whether you give a pair of shoes, livestock, Bibles, or a bicycle, you will be the hands and feet of Jesus to people in need.

What a way to celebrate Christmas together!

Discover ways YOU can transform a life
25