Let the North Korean little children come to Him

I can clearly remember my childhood Bible. It was a small, white Precious Moments edition encased in a pink, frilly carrying case. It had handles trimmed in lace, and I loved to carry it around like a purse. But I don’t really remember the first Bible story I learned. From the moment I was born, my parents told me stories and read me verses — it feels like I’ve known them all my life. Whenever I needed comfort or direction, God’s Word was there for me.

Not every child has this privilege.

Children growing up in areas of severe religious persecution can probably remember every Bible story they’ve ever heard … because they haven’t heard many.

That’s because they live in Bible deserts — places where God’s Word is rare or even illegal. To persecuted Christians, every word from the Bible is something to be treasured, yet many children have only heard a few scattered verses or stories.

When we talk about persecution, we automatically think of adults. But Christian persecution impacts children as well. And when you send a Bible to North Korea, you may very well be allowing another child to grow up hearing the truth of the Gospel.

The most dangerous Book in the world

To a child (and to adults, too), the Bible holds some of the most incredible stories in the world.

But in North Korea, these stories are dangerous. In fact, we’ve heard of some North Korean believers who have never told their children about Jesus because they were worried about the danger.

It’s an understandable worry. If you are caught with even a page of the Bible, you can be sentenced to years of hard labor in North Korea’s notorious prison camps. 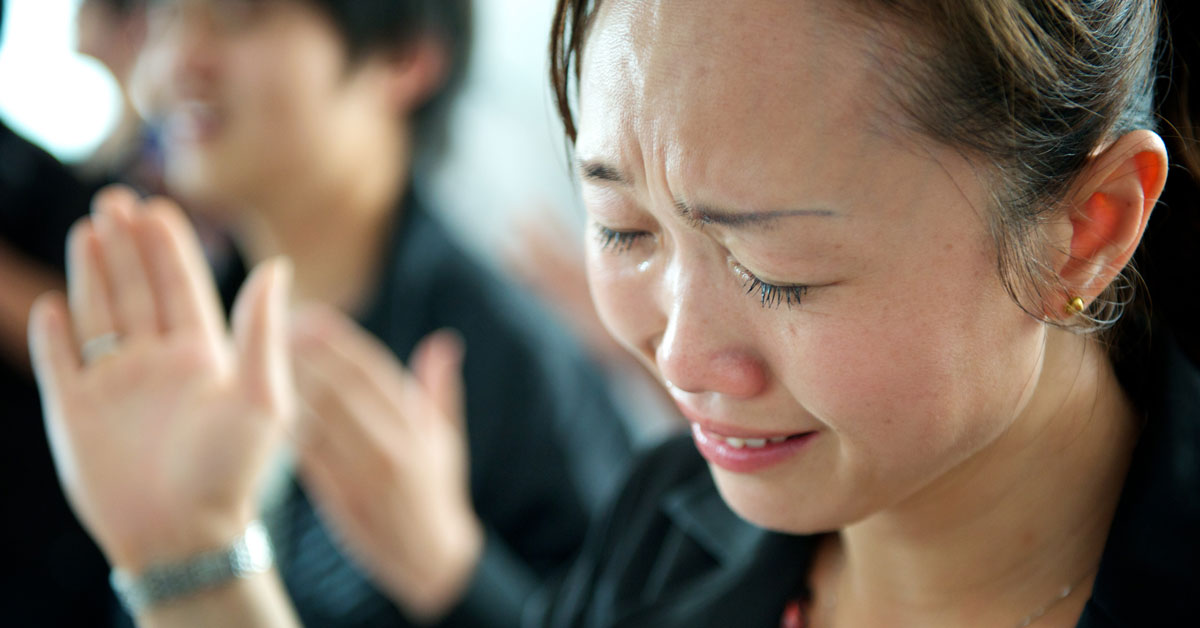 And, yes, there are children in these camps.

Our partners have shared firsthand accounts of prisoners who recall seeing Christians of all ages — from the elderly down to small children — being worked past the point of exhaustion in these camps.

The sentence is just a formality. Few believers will live long enough to make it out of the camp. They will be beaten, tortured, and forced to work until they collapse. What parents would want to subject their child to such a fate?

However, not telling a child about the Gospel can be dangerous for Christians in North Korea, too.

We’ve shared the story of Eun before, whose name we’ve changed to protect her. When she was little, her teacher gave the class an assignment.

“When you go home, I want you to look for a Book,” Eun’s teacher said. “Normally [the Book] is black. Normally it’s hidden, and your mom or dad reads it when you are asleep. If you look hard enough, you can find this Book. And if you bring it, we will honor you.”

Like any good student, Eun did as she was told. She went home, searched the rooms, and found the Book. She had no idea it was her parents’ Bible. The next day, she brought it to her teacher and, along with 14 other children, received a reward.

After school, Eun rushed home to share the good news with her parents … but they weren’t there. They had been arrested, along with the parents of the other 14 children.

Eun never learned the truth about why her parents disappeared until years later. She also learned something else — she learned the Truth of the Gospel for herself. And despite what happened to her parents, she accepted Christ.

Like so many others in North Korea, she now wants to share her faith in spite of the risk.

Today, many parents are choosing to tell their kids about the Gospel for the first time.

The Gospel is worth any cost

Mi-Sun knows the risk she is taking when she shares the Bible with her two young sons. She knows that it could mean her arrest, her death, and possibly even theirs. But to Mi-Sun and to thousands of other believers in North Korea, the Gospel is worth any cost.

Every night, she gathers her boys under the covers. They huddle together closely and, using only a small light, crack open the pages of their greatest treasure. It’s a New Testament, and the boys listen closely as Mi-Sun reads in whispers.

It’s dangerous, she knows. But Mi-Sun also knows that these stories, these truths, will help her sons stand strong when they face persecution. She knows that the Word of God will equip her children to share the Gospel with others. And she trusts that God’s Word does not return void.

She is doing her part to raise up the next generation of North Koreans who know and worship God.

Will you do your part?

Whenever we hear from Christians in North Korea, they ask us for one thing — Bibles. Despite the personal risk, they believe that the Gospel is the only thing that can bring about true transformation in North Korea, and they want that desperately.

For just $10, you can help send a Bible to another North Korean believer like Mi-Sun and her boys.

And right now, thanks to a generous matching gift, your $10 will DOUBLE to send TWO Bibles instead of just one!

Because of your gift, children like Mi-Sun’s will be able to hear God’s Word and lean on it in times of trouble. When persecution hits, they will know that they are not alone.

Send a Bible into North Korea
12