On World Food Day, help feed a child for an entire year

When Margaret and her husband began a feeding program in Venezuela, they knew the need for food was great — but they weren’t expecting 150 hungry kids to show up every week.

Over the past several years, Venezuela has fallen into a massive economic crisis. Hyperinflation has caused the prices of food and other basic necessities to skyrocket so that average families can’t afford to eat on a regular basis. People are starving, and the children are suffering most of all.

Margaret and her husband started the feeding program in a rough neighborhood — hoping that by feeding people’s bodies, they would also be able to feed their souls by sharing the Gospel.

Anthony was one of the children who attended the feeding program from day one. 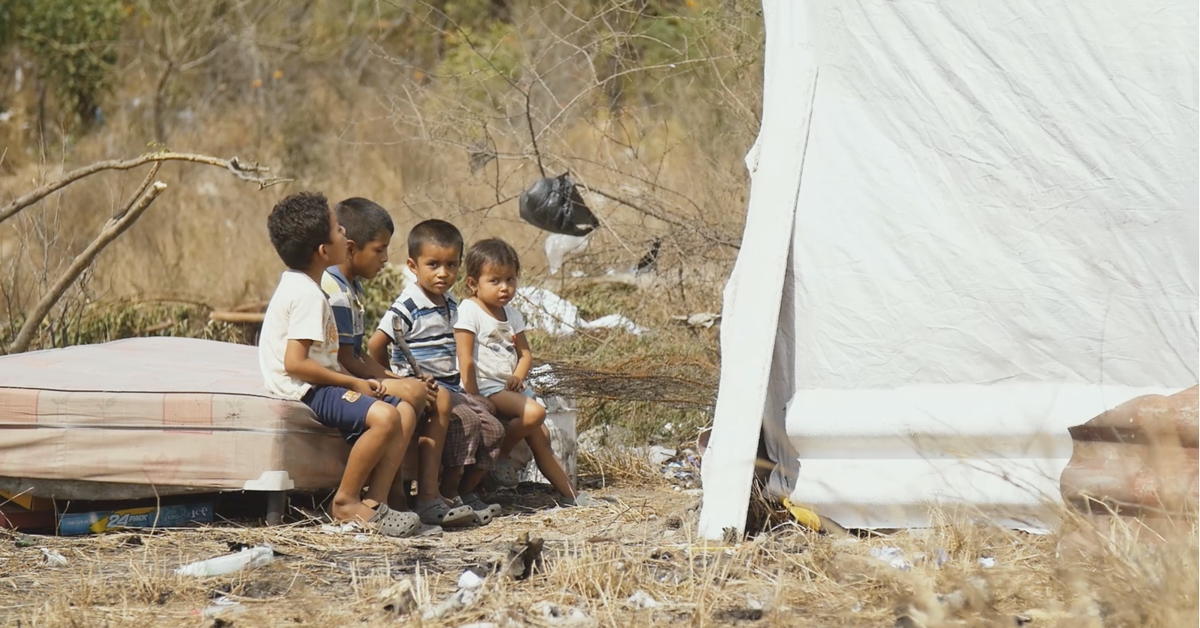 We’ve changed both Margaret and Anthony’s names to protect them since Venezuela is still a very volatile country right now.

Every week, Anthony made the trek up the hill for food. He was starving, and the hunger pains were brutal, but he wasn’t just concerned for his own well-being.

After everyone had finished eating, Anthony would approach the volunteers and ask, “Is there any food to go?” They explained that they had only enough food to feed the children who attended the program, but Anthony was persistent. Every week he would show up and eat the food … and every week, he would ask if he could take some home.

Eventually, Margaret and her team asked Anthony why he needed to take food home.

“It is for my mom,” the boy replied. “She is very sick and can’t come up the hill to eat. I am praying for her so she can also come to get the food.”

It can be easy in times of suffering to believe God doesn’t hear our prayers. It can be easy to think He has forgotten us or abandoned us. But Anthony was persistent in his prayers and in his requests.

Later that week, Margaret went to visit Anthony’s mother. Just as the boy had said, his mother had a critical medical condition that prevented her from walking. Not only could she not walk to the food distribution, she also couldn’t work — leaving Anthony to help fend for the family.

Margaret and her team began to pray, asking the Lord to provide enough food to help families in need like Anthony’s. Soon their prayer was answered. Generous donors provided enough food that they were able to hand it out at the distribution center plus pass it out among the neighborhood’s families.

They now had enough for Anthony’s food “to go.”

Anthony and his family were among some of the first to receive the extra meals. But while they now have the food they need, there are many other people around the world who are still starving … still waiting for another generous person to help answer their prayers. They’re waiting for someone like YOU.

Today, Oct.16, is World Food Day, a day to come together and fight against the devastating effects of hunger worldwide. And right now, children like Anthony are in desperate need of food if they are going to survive.

For just $40, you can help provide enough food to feed a starving child for an entire year. And the food you provide doesn’t just help save a child’s life — it also opens the doors for spiritual transformation, too.

Today, Anthony’s entire family has given their lives to Jesus and been baptized — all because someone loved them enough to meet their need for food, giving the person who delivered that food the opportunity to share the Gospel.